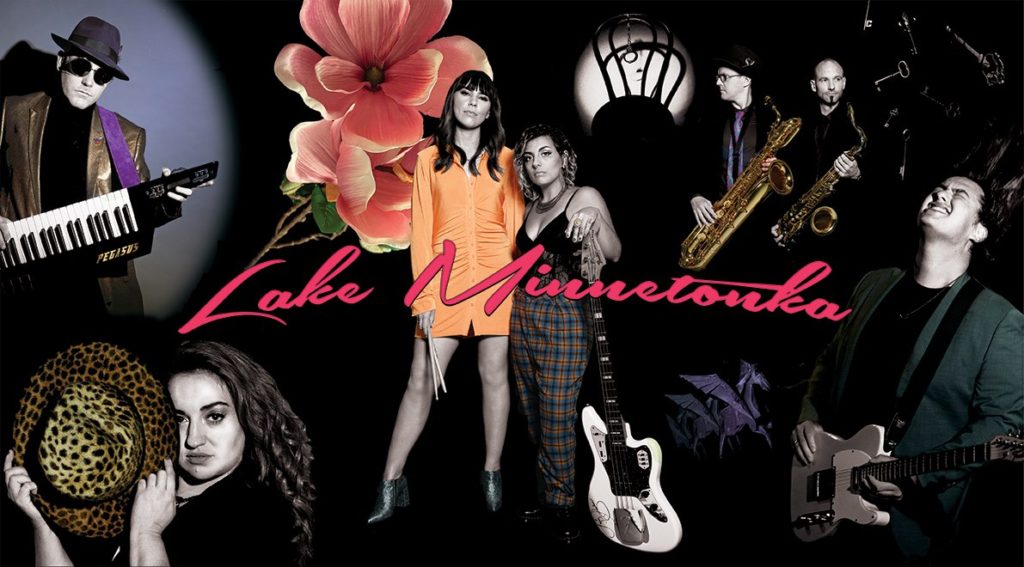 Lake Minnetonka have crafted a slick contemporary Melbourne take on
the Minneapolis Sound (made famous by the likes of Prince, Janet
Jackson, Sheila E, and The Time). They are known for energetic live shows,
featuring the wild keytar virtuosity of bandleader Adam Rudegeair. Their debut album Melbourneapolis (“Melbourne – apolis”) fuses funk, jazz
and new wave into an irreverent sonic explosion. The follow-up EP The
Honey Garden featured four tracks co-written with Francoise d’Argent
(FOSSEY, Silver Linings).
In 2019, Lake Minnetonka released Year of the Bat a 20-minute concept
flm celebrating Batman’s 80th anniversary and 30 years of Prince’s flm
soundtrack. That same year, they were the backing band for Ashley Tamar
Davis (The New Power Generation, The Voice) on her Australian tour. 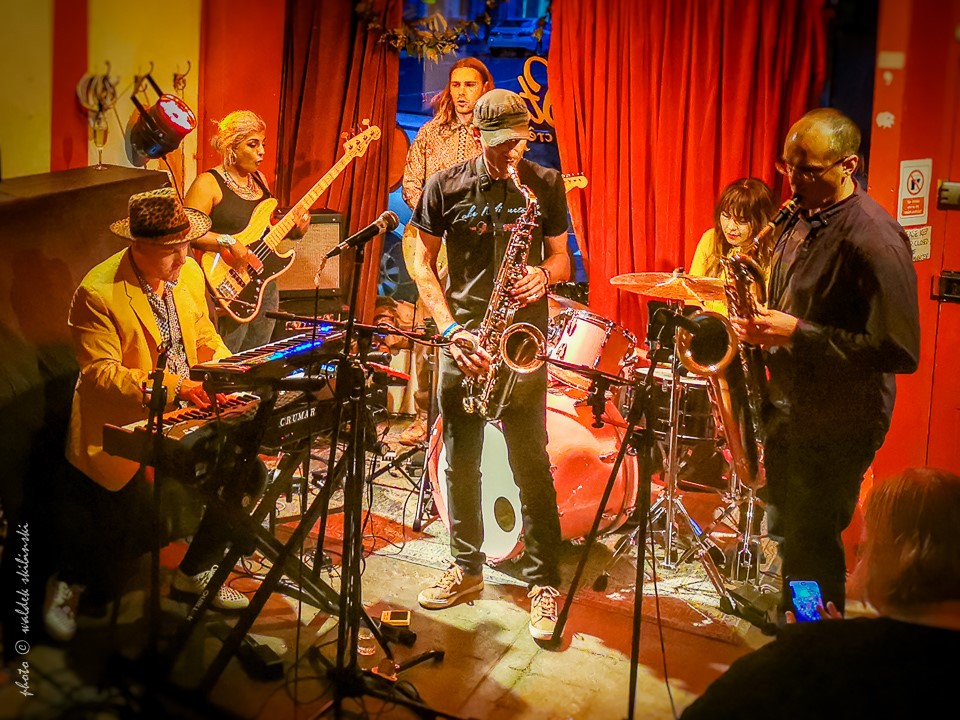 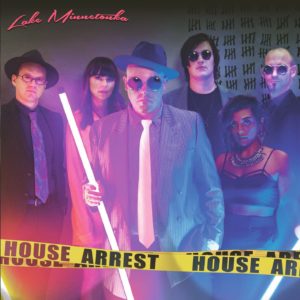 House Arrest is the new album from funk fusion outft Lake Minnetonka,
bringing a fresh Melbourne take to the Minneapolis sound. Two years in the
making, the album was shaped and sharpened during the disaster-ridden
2020, and is now ready to explode out of speakers worldwide. It features the
apocalyptic single ‘Black Pegasus’, and the Weather Report-inspired funk
odyssey ‘Hip Balm’.
Lake Minnetonka’s discography is replete with exciting collaborations and
this album is no exception. House Arrest featuring co-writes with vocalists
Chantal Mitvalsky and Henry Manetta, as well as four jazz-fusion
instrumentals recorded in North Minneapolis with Dr Fink (Prince and the
Revolution) and St Paul Peterson (The Time, David Sanborn). In addition to
these regular collaborators, House Arrest also contains guest spots from:
Pasobionic (TZU, Curse ov Dialect)
Horatio Luna (30/70)
Kathleen Halloran (Kate Ceberano)
Helen Nicholson (Bjorn Again)
Click Below For More
Lake Minnetonka!

Check out these links! 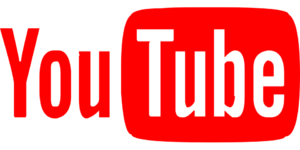 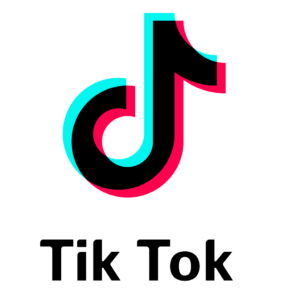 Billboards Across the US

1. What genre would you describe your music?

We like to describe it as “The Melbourneapolis Sound” – obviously inspired by the classic Minneapolis sound and its subsequent evolutions. I feel that Minneapolis and Melbourne are spiritual siblings, both with wonderful eclectic music scenes, which gives rise to really interesting musical hybrids. In Lake Minnetonka’s case, we infuse the ice-cold Minnesotan funk grooves with modern post-bop jazz, distinctive synth textures, and soulful vocal tracks. We have a rough 50/50 ratio of Madhouse-style instrumental tracks and songs featuring a variety of vocalists.

2. Are you surprised by the support of the Minneapolis Music community?

Not surprised per se, but very thrilled we seem to have made an impression. When I visited Paisley Park during Celebration, one of the tour guides (Hi Tomi!) came up to me and said “Adam! I’m so glad you’re here! I’m a big fan!”. I couldn’t believe it, lil ol’ me from Australia! Over the course of my trips to Minneapolis I have been fortunate enough to make friends with a lot of local musicians and Prince fans. Some can’t believe I’ve travelled across the world to collaborate with some of my purple heroes — but from my perspective, I wouldn’t want to do anything else!

3. What is the story behind the songs on this new album?

Our lead single Black Pegasus began as an instrumental called Cat Magic. I had shopped it around to a couple of singers, Chantal was the first one who really gravitated to it.  It was written during the epic bushfires that ravaged the east coast of Australia in January 2020. But the lyrics seem relevant to every calamity that has come since… so I guess that’s the sign of a good tune, right?

Hip Balm is a slow lopsided funk groove anchored by St Paul’s deep deep bass pocket. The name comes from a misheard lyric — In Wild Tonight,  Judith Hill sang “That’s when we put some hip hop on”. When I realized I had been hearing it wrong, I thought “great, that phrase is mine now!”

3am Bunker Funk came out of a jam we had in the studio at the end our our MPLS recording session. We had got through the tunes I wanted to record, and we still had half an hour left, so I asked to jam on what I call a ‘robofunk’ groove, basically a straight-up MPLS-style rumble. Fink asked me what sound he should use, and I told him I’ve always loved the keys solo on D.M.S.R. from the 1988 bootleg Small Club. I happened to have it on my computer, and when I played it back to him he knew exactly what I wanted. Scrolling through his sounds on his keyboard, he said “Let me find the analog shit, hang on”, which I left on the record.

4. Did you compose all the songs, or was it a collaboration between you and the band?

Black Pegasus and From My Keys 2 U were co-writes with Chantal Mitvalsky. We had previously worked together on There It Is from our ‘Melbourneapolis’ album. I wrote Why Don’t We Just… together with Henry Manetta, who is an incredible blues-drenched vocalist, and a wonderful poet – the lyrics are surreal — “ectoplasm shoes”??!. I have worked with him for over 20 years.

The rest I wrote myself, but I have to give credit to Dr Fink, St Paul and L A Buckner who really helped me flesh out the ideas in the studio. Romeo, for example, began as quite a simple drum beat, reminiscent of Hot Thing… it ended up quite different, due to L A’s virtuosic re-invention of the groove!

5. What song on the album is your favorite?

Very hard to say, I have pretty much been listening to it on repeat, as if it were all one track, Lovesexy style!

6. How was the selection process for the vocalists on the new record?

At any given time, I have a list of vocalists I want to work with, and I always try to co-write where possible. These were just the tunes that were ready to go… I’m already thinking about getting the tunes together for the next record! I’m hoping to get some US vocalists on the next one. Shelby, Elisa, Liv, and Jill Jones, U listening?

7. What’s the one song you’ve wanted to play live but haven’t yet?

There are a great many cover songs I’d love to have a crack at, but lately we’ve committed to prioritising our original music. I am a fan of Prince obscurities and side projects. I’d like to be the first band ever to attempt a live performance of 6 1/2 by Madhouse. I’ve transcribed it all, we’d just need to spend 100 years getting it down! That’s an intense 2 minutes and 34 seconds let me tell ya!

8. How many songs did you record during the process for this album, and how many didn’t make the cut?

I returned to Australia from Minneapolis in 2019 with four tracks in the bag, and I also had a bunch of other demos I had worked up for the local contingent of the band]. Once I decided on the arc of the tracklist, and which demos were doing to fit with the four MPLS tunes, I concentrated on developing everything as one suite. So I guess you could say I planned those 10 tracks from an early stage. I have maybe another 20 sketches, some of which I’ll re-purpose for the next album.

9. How did the pandemic affect the recording and production of this project?

Well, Melbourne was in hard lockdown for over 100 days during 2020 – hence the name ‘House Arrest’!

The original name for the album was going to be ‘Big in Minnesota’, which was suggested by a woman working at the coffee cart at Paisley Park!

For most of the year, we weren’t allowed to rehearse or visit each other, so the only way to develop ideas was online, which sometimes can be great, and sometimes not. There was also no possibility of a launch gig or anything like that, so lot of musicians’ motivation was pretty low. I chose to spend the time really refining all the tracks so we could hit the ground mixing when things started opening up again. I think that was actually beneficial to the record, because I could take the time to imagine what could be added or changed. Certain ideas came to me that became very important to the tracks, like adding turntables to No One. I had a really hard time with the arrangement of Romeo, but it all came together in the end, through some intense reflection and focus — listening to it over and over and imagining. That couldn’t have happened if all my other distractions (work, gigs, etc) hadn’t been put on pause.

10. What is next for Lake Minnetonka?

We’re launching ‘House Arrest’ on June 5th at The Night Cat, and then we’re gonna play the heck out of these new tunes for the rest of the year. I’m really excited to hear what the Melbourne players do with the grooves I cooked up with Dr Fink, St Paul, and LA. Behind the scenes I’m already thinking about the next album, and who I’m coming for!

We’re also working on a little satellite project… Something sexy but not dirty, you know I got enough problems!

Bonus question: how can fans follow on the socials?

Our music is available on bandcamp

Again we would like to thank you for being our June Artist of the Month!