We are honored to present Brenda in our Artist Spotlight.

To all and Everyone : I have amazing news!!

I was notified today that I have been placed on the Official Ballot for
the 61st Annual Grammy Awards by The Recording Academy in the following
categories:

To listen:
https://store.cdbaby.com/cd/brendabennett5
To watch:
‘One Moment In Time’
https://www.youtube.com/watch?v=NU-DLPOiijk

It’s an honor to be placed on the ballot and I need your help to get into
the Final Top 5 Nominees.

If you are a voting member of the Grammys, I ask for your consideration in
voting for me.

Also, if you know someone else who is casting their vote in this year’s
Grammys, please forward this email and ask for their vote on my behalf.

If you’re not a voting member, I would greatly appreciate you spreading the
word to everyone you know about this great moment. After all, this has
happened because of your amazing support over the years.

Thanks so much for all of your help and consideration

The Start of Something Wonderful 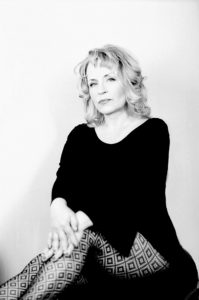 Brenda’s best friend was a lighting and set-designer / director Roy Bennett, who worked for a company called Pollico that had won a contract to do Boston’s first tour. While in California on tour with Sammy Hagar, Roy being one of the best in the business landed a job doing lighting for an up and coming artist which turned out to be Prince. For his first show Roy wanted  Brenda to meet him. ” He made me feel very comfortable right off the bat ” – Brenda said.

After getting married to Roy, Prince went into the studio to record the Controversy album. Rehearsals began for the tour and Bennett quickly found herself with about 5 jobs. Two of which were to film his show every night and take care of his wardrobe. It was during this tour that Prince overheard Brenda singing in his dressing room. She turned around, looked up and saw him looking at her in the mirror, ” What” she said ? Prince responded, ” I didn’t know you could sing “.  Roy came in the room with Chick, Prince’s bodyguard. Prince asked Chick, ” What do you think? ” He said, she’s very pretty enough. Roy looked at Brenda and said, ” Well it’s your decision but if I were you I would go for it”. Within a month she was in Minneapolis meeting Susan and Denise Matthews, ( Vanity ). Brenda’s lead vocals can be heard on “Bite the Beat” on the Vanity 6 album, and on “Some Kind of Lover”, “A Million Miles (I Love You),” and “Blue Limousine” on the Apollonia 6 album. She can also be heard on background vocals of the song “17 Days” that Prince withdrew from the unreleased 2nd Vanity 6 album. 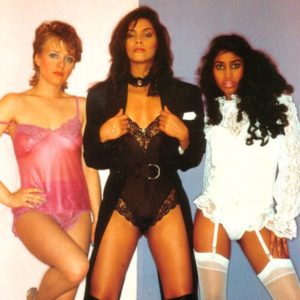 The very popular Bangles hit Manic Monday was originally written for Vanity 6. During the filming of Purple Rain Vanity had left the group but had already did the vocals for the song. After finding Patty Kotero, ( Apollonia ) to replace Vanity for the movie and the group Vanity 6, they had Patty overdub the lead vocals. Due to a large amount of music being produced and stuff with Warner Bros. Prince gave the song to the Bangles and left the original tracks done by Bennett. So every time you hear Manic Monday, yes that is Brenda Bennett on the background vocals. 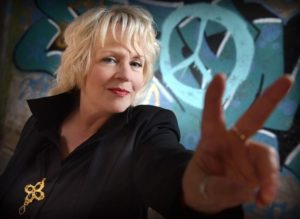 Brenda worked with different people writing for a while like John Palumbo from a group called, Crack the Sky. Then went to England and worked with Dee Harris from Fashion. Together they did a lot of writing and recordings. 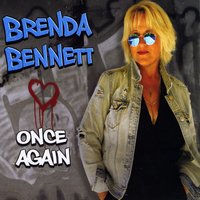 1. Tell me a little about your latest release “Once Again” and what can fans expect?

I think the first thing i would have to say is that this album is very different than my first solo effort. Not so much in terms of the caliber of songwriting, because there are some well written songs on “A Capella” but more in terms of the production, and vocal performances. The musicianship is outstanding and there is a sense of “sharing” with “Once Again”.

2. You mentioned before that the song “17 Days” was originally going to be on your album produced by Prince. How is the version on “Once Again” different from Prince’s version?

I put a rock edge on it. It still has that nice funk feel as the original but I sped the tempo up a bit and George Dussault put some really fine jazzy sounding guitar on it in places so there’s a nice combination of feels in there with the different instrumentation. When I recorded it with Prince, we did a double lead vocal on it with him taking the lower octave on the melody line. I followed suit with the same idea only joining me this time is my son Dylan. The song means a lot to me.

3.  How were the songs for “Once Again” picked? Are they a collection of songs you’ve had written for a while or new songs or both?

I’d have to say a combination. Prince and I spoke of him producing a solo album of me a number of times over the years and the material on “Once Again” is the material I was bringing to the table for that effort. Whether he would have wanted to do all of the songs I did we’ll of course never know. The last conversations we had about it were just before he died.

4. What are a few of your favorite songs from the album and why?

It is difficult for me to chose really as I feel a close personal reaction to each and every one of the songs. But I think on first “reflex” I would have to say “So Strange”; both for the collaboration of working on this with Betsy and Dylan and for the journey it takes you on.

(I’m smiling)..hmmm…First, as an artist, I have thankfully progressed in mastering my performances as a vocalist. I am a musician as well but to me, that is secondary. I was blessed from birth with a voice – the most delicate of instruments there is and learning to maybe not so much perfect the art of being a singer but to progress steadily and find that pocket where I could be most comfortable with my capabilities has been the most important to me. Have I learned all there is to learn? No….there are things out there I’m sure will knock on my door to say, here, give this a try. In 1984, I hadn’t achieved that kind of mind set yet nor did I feel I was as close to where I wanted to be as a singer.
As a person….physically of course I have changed. Time will do that whether we want it to or not but me….the Brenda Bennett within…hasn’t changed. There is a degree of maturity that life as it moves on will take you to and teaches you, but I have been and always will be the same inner Brenda I have always known. I say that mainly because in 1984 my “image” in both Vanity and Apollonia 6 was the punk…the tough nut who didn’t take any guff from anyone and that is what it was…an image….a moment in time of a character I played as my part in that piece of history.
With both my solo efforts – “A Capella” and “Once Again”, I have shown there is a whole different Brenda Bennett then that tough nut that everyone got to know at that time.

For me…it’s a no brainer – his music. That is what was most important to him. For whatever deep down reasons he wrote and created in the way he did, it was who he was and what he was all about and that is what matters most. To keep that part of his life alive is the best part of him to carry on and continue sharing. Helping children to realize their dream in music was also something important to Prince and the idea of passing his music on to other generations is the best way to honor his memory and who he was as a creative element in what he had to offer and contribute to the music world. Let us not lose sight of that in the hurricane of chaos and uncertainty that surrounds his estate these days.

7. What was the last movie you saw in the theater and did you like it?

“COCO” – Loved the film. Loved the colorful creative art of the animation, the music, and the human factor that Disney studios has a way of putting into their characters and animated films.

8. What artists are currently in your heavy rotation?

LOL – at the moment…..i would have to say Agnes Obel, Chris Stapleton, Coyote Oldman, Albannach, and Keith Urban. Ask me a few months from now and it’s liable to change.

9. Describe yourself in three musicians (besides yourself)

10.Are you into watching sports? Who are your favorite teams?

I’m a “team player” in how I work with people but I’m not competitive and the “sports” I do like are not televised. 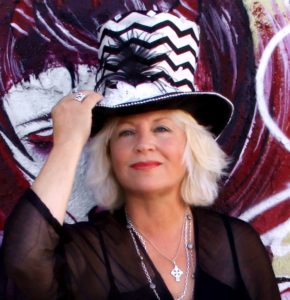 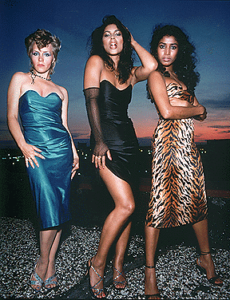 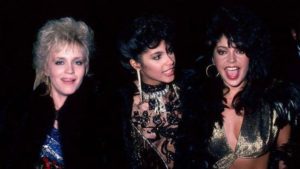